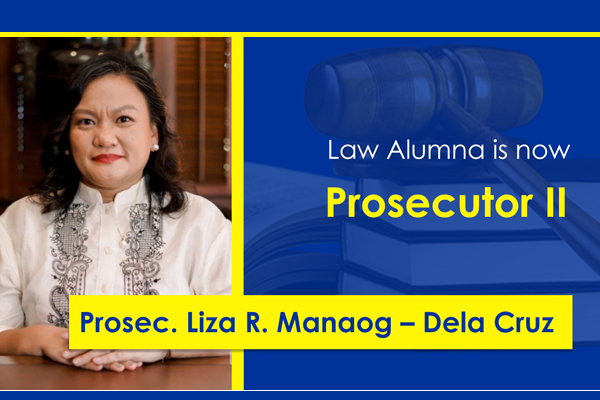 While in law school, Prosec. Dela Cruz had been working in a bank in Makati. Commuting every morning from Sta. Rosa, she would attend her law classes in the evening coming from work. Upon coming home she would then tutor her three children, still in basic education then, before she would hit her own readings for law school. It had been the routine of Prosec. Dela Cruz in juggling her busy schedule while laboring for her studies.

Right after passing the 2005 Bar Examinations, Dean Ed Vincent S. Albano(+) made her teach at UPHSL College of Law. After a time, she had also been asked to teach in the College of Criminology and in the College of Business and Accountancy. At present, she handles the review subjects in Political Law and Civil Law 1 and 2, Public International Law, Administrative and Election Law, and the Law on Succession in this university.

Since her student days up until now, Prosec. Dela Cruz has been known for her diligence and perseverance. Hence it is no surprise that she has added another laurel to her wreath with this promotion.